The idea of performing this intercomparison study is rooted in the decades of research conducted by several groups in the field of chronological studies. The very first attempts to date mortars were
made soon after the method was established. However, it was only a few decades later that Van Strydonck et al. (1983), Ringbom and Remmer (1995), and Heinemeier et al. (1997) proposed a more systematic approach to radiocarbon (14C) dating of mortars. Following this, different methodological developments were undertaken: first by Nawrocka et al. (2005) with cryo-breaking of mortars prior to dissolution and later by Lindroos et al. (2007, 2011) with sequential dissolution of mortars. Thanks to the Mortar Dating Project (www.mortardating.com) the 14C dating of mortar became more popular with other laboratories, and new or modified protocols of mortar preparation have appeared (Nawrocka et al. 2009; Marzaioli et al. 2011; Hajdas et al. 2012; Hodgins et al. 2011; Marzaioli et al. 2013; Michalska et al. 2013).
Separation of the carbonate fraction that would only contain carbon fixed in mortar at the time of binding (i.e. the binder) is the main goal of the procedure. This can be achieved by physical means such as sieving (dry or wet) or suspension (density separation) and chemical selection of more reactive anthropogenic fraction. A combination of these two methods has been realized differently by the seven 14C laboratories participating in the intercomparison. However, different procedures distinguish the laboratory protocols; for example by the type of acids applied (i.e. hydrochloric versus orthophosphoric) to produce CO2 fractions for the separation principles (i.e. mostly physical versus mostly chemical) and data analyses (14C age profiles versus single fraction ages).
Recently, another approach to dating mortar by optically stimulated luminescence (OSL) has been established. After the first tests on archaeological mortars performed by standard multigrain techniques (Zacharias et al. 2002; Goedicke 2003, 2011; Panzeri 2013), advanced developments by “single grain OSL” technique (SG-OSL), consisting in measurements of luminescence signal of each grain individually, have been carried out (Urbanová et al. 2015, 2016; Urbanová and Guibert 2017). The methodology consists of systematically combining single grain OSL analyses followed by rigorous statistical data treatment with the characterization of microdosimetric properties by SEM-EDX cartography and beta autoradiography. Such dating procedure results in larger uncertainties (5–10%) but allows to overcome the problems of heterogeneous bleaching. 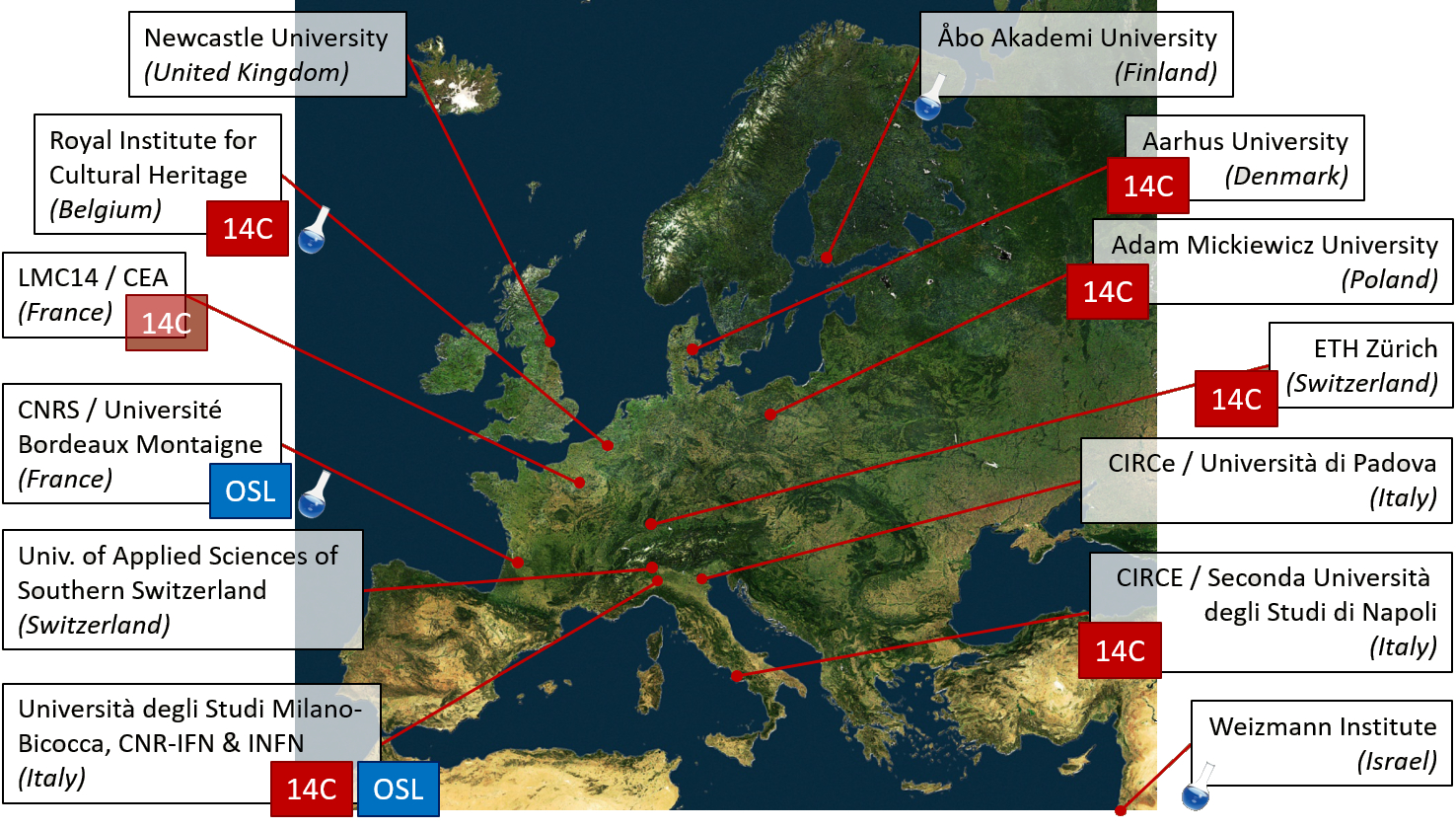